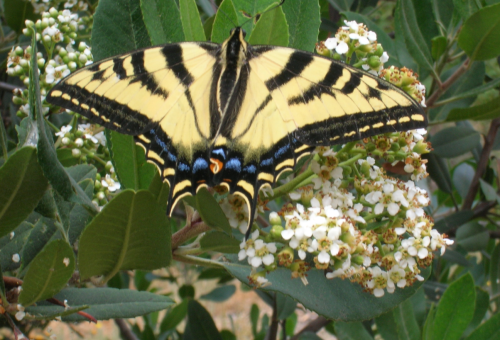 Tiger swallowtail on toyon at the Granada Native Garden 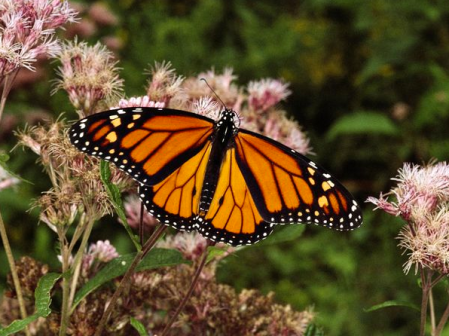 Numerous concerns have been raised about the extensive decline in the numbers of monarch butterflies in the last several years.  The blame has been laid on herbicides which reduce the food source (milkweed) of the monarch larvae, on genetically modified organisms, on the destruction of forests in Mexico where the butterflies hibernate, and on droughts and wildfires in critical parts of the country thru which the monarchs pass.  The naturalist, David Attenborough, states that he used to see buddleia bushes covered with red admiral butterflies, but now he sees practically none.

Butterflies are widely accepted as good indicators of ecosystem health.  For that reason, the overall decline in butterfly populations is an alarming result with important implications for other insects and biodiversity.  And butterflies are only part of the picture.  The bees, birds, bats and beetles are equally important to maintain healthy ecosystems and ecological balance.  Messing with an eco- system is a risky business; unfortunately the nega- tive, potentially disastrous effects are not likely to be convincingly obvious for several years, or too late.

Fortunately, many people are becoming aware of the implications of the loss of our native butterflies, and are taking steps to encourage more of them back into our environment by planting California native plants.  Here is a list of butterflies that have been observed and documented several years ago by Ranger Dawn Soles at Sycamore Grove Park.  To her list I have added the most common host plants used by their larvae and adults; plants that can be found at the Granada Native Garden are in italics. 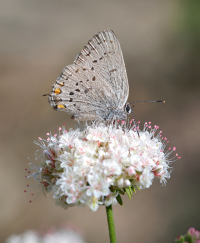 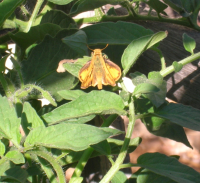 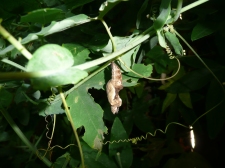 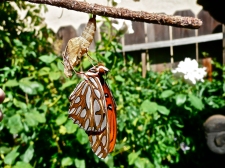 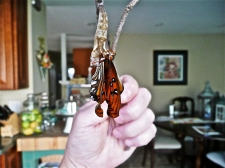 Adult emerging from the chrysalis 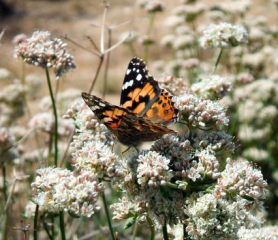 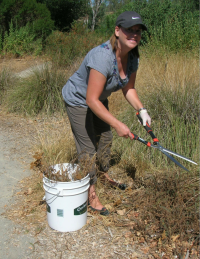 Kerry hard at work at the GNG!