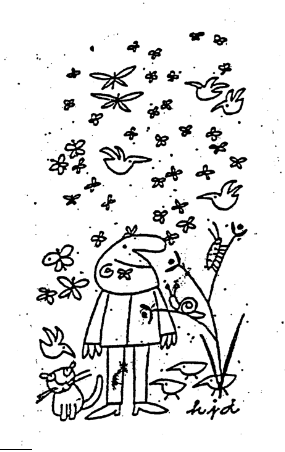 Ali and her mother were visiting us at home one afternoon.  Being a curious 10-year old in the boring com- pany of adults, Ali wandered out into our backyard to explore a somewhat over- grown row of pineapple guava bushes along the rear of our yard.                                “Ali, get out of there!  There are buggies in there!!”  her mom anxiously warned from her safe place at our kitchen table.                                                     I wasn’t aware of anything life-threatening lurking in those bushes, nor of anything that could sting, pinch, bite, eat or otherwise threaten poor Ali.  I thought only of the many hours I had spent as a child exploring remote, over- grown parts of my own neighborhood, or wandering alone in the forest at my uncle’s farm in northwestern Pennsyl-vania, nurturing my current interest in nature and wildlife, and I felt sorry for Ali who was having her curiosity terminated by someone else’s well-intentioned but misplaced fear of “buggies”.

pairs of wings, and a specific form of development from larva to adult.  This means that, technically speaking, flies, beetles and spiders are not true bugs, but they are insects (members of the broader cate- gory, the phylum Arthropoda).  But they are certainly what Ali’s mom had in mind when she warned Ali about those “buggies”! 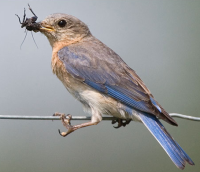 thru photosynthesis, into food for the rest of us.  Animals that don’t derive their energy by eating plants directly obtain it from eating other animals that eat the plants.  At the beginning of this energy chain are insects that eat plants.  According to Tallamy,          37 percent of all animals are insect herbivores.      And 96 percent of the terrestrial birds in North America rely on insects and other arthropods for their food.  That’s almost all of them!  The ecologist         E. O. Wilson has called insects “the little things that run the world”.

rampant growth in their original environment.  As a result, they grow rampantly in California!  Evolutionary adaptation takes time!  From the standpoint of everyone who is trying to grow an insect-free garden, this is great news!  In addition, there is an vigorous, door-to- door industry dedicated to exterminating any insect “pests” (that is, “buggies”) around our homes, regardless of whether they are beneficial or not.

The Importance of Biodiversity

Wasp pupae on a tomato hornworm

Wasp laying her eggs on an aphid

Traditionally, the common practice is to bulldoze native plants and replace them with a narrow diversity of alien plants that people have become more familiar with.  According to Tallamy, not enough natural habitat is left in our country to support the biodiversity that used to exist.  As more non-natives are planted and replace the natives, either by competition or by outright removal by humans, the insects that evolved to depend on them are fewer, and the insectivores (mainly birds) become locally extinct and no longer contribute to the function of the ecosystems. 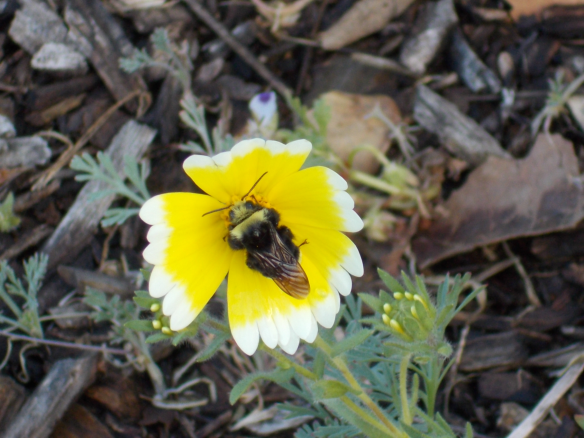 A bumblebee taking nectar from a tidytips wildflower.  Bumblebees are important agricultural pollinators, but their numbers are in decline because of habitat loss and pesticides. 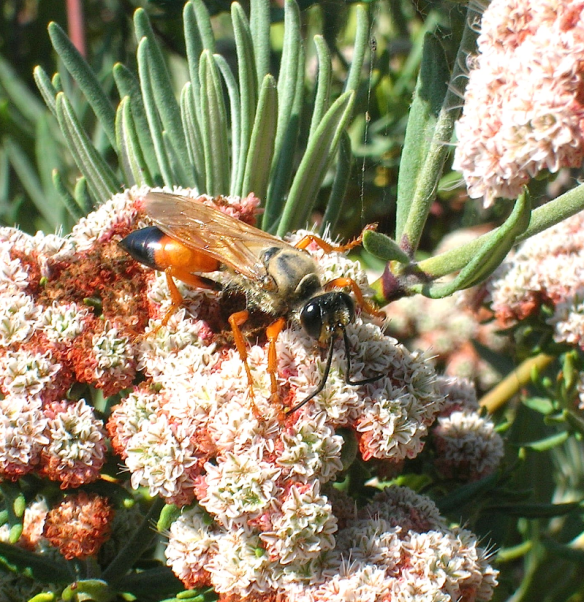 Great golden digger wasp on a Santa Cruz Island buckwheat.  Big and fearsome, but not dangerous, unless you are a grasshopper or cricket.  Not aggressive but curious about persons and pets lingering near their burrows.  Stings are quite rare. Hoverfly on a tansy-leafed phacelia.  Aphid-eating hoverflies are being recognized as important natural enemies of pests, and potential agents for use in biological control. 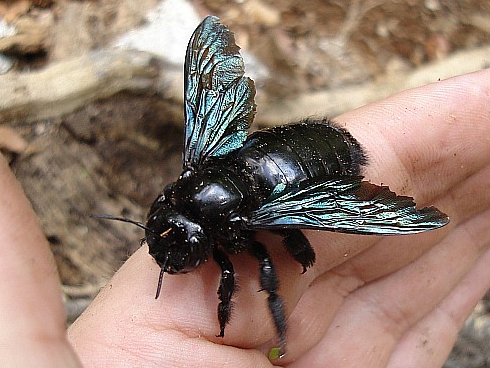 A friendly carpenter bee!  Carpenter bees nest in holes or crevasses in wood, and are important pollinators, especially of flowers that other bees and insects may have trouble getting into because of the flower’s shape or structure. 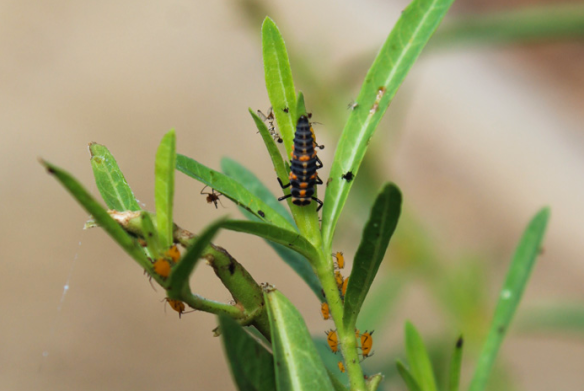 The long black and orange insect on the milkweed is a ladybug larva, hunting for its breakfast of yellow milkweed aphids.  Both the adult ladybugs and their larvae are voracious consumers of the aphids that ravage many of our desirable plants.

Be Quiet and Eat Your Insects!

If the knowledge of the nutritional value of insects has turned you on to adding insects to your dinner table, you might want to connect with Tiny Farms, a project operating out of San Leandro.  Or try the crispy crickets and toasted moth larvae available at the Oakland restaurant Agave Uptown! 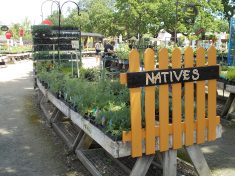 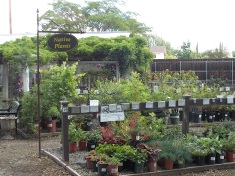